Why:
The Acropolis Museum showcases priceless artefacts that have been found on the rock of the Athenian Acropolis, arguably Ancient Greece’s greatest monument, spanning a period from Mycenaean times up to the Eastern Roman Empire era.
The finds are exhibited in a state-of-the-art building whose design has been dictated by the site itself. The Acropolis Museum is situated almost opposite the Acropolis; it is a multi-level structure built on a concrete core that has the same dimensions as the perimeter of Parthenon. The tour inside the museum in a way resembles the ascension to the Acropolis rock.
The museum also boasts an innovative interior design: a glass floor on the ground level encourages visitors to view the excavations below; they are also able to see the Parthenon from the glass galleries, as the solid glass walls allow the exhibits to bathe in natural light.
The museum has been voted as “the best museum in the world” by the British Guild of Travel Writers. 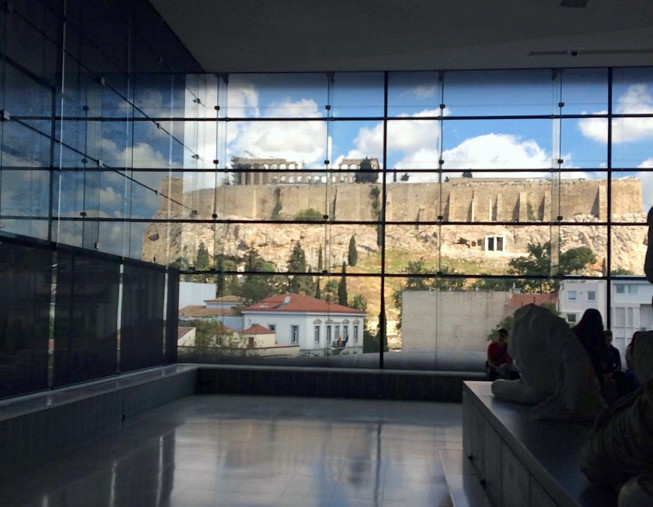 What you will see:
A wide glass-floored gallery houses finds from the slopes of the Acropolis rock. The occasionally transparent floor provides a view of the archaeological excavation. In the Archaic Gallery, for the first time, visitors have the opportunity to view exhibits in a three-dimensional form. On the south side of the Gallery, statues of young ladies (Korai), the horse riders (Hippeis) and many others provide a striking picture of the Acropolis in the Archaic Period.

In the impressive Parthenon Gallery you can observe the metópes, depicting themes from legendary battles, symbolising the victories of the Athenians against the Persians; the pediments, the triangular spaces formed by the horizontal and raking cornices of the roof at each end of the temple, comprised colossal statues sculpted in the round, their themes drawn from Attic mythology.

On the Parthenon frieze, which consisted of 115 blocks, Pheidias chose to depict the Great Panathenaia, the greatest festival of the city in honour of the goddess Athena.

For the first time ever, it is possible to view the coffered ceiling of Propylaia and the sculptures from the parapet of the temple of Athena Nike, and finally, the Caryatids (or Korai of Erechtheion) overlooking the gallery of the Acropolis slopes. 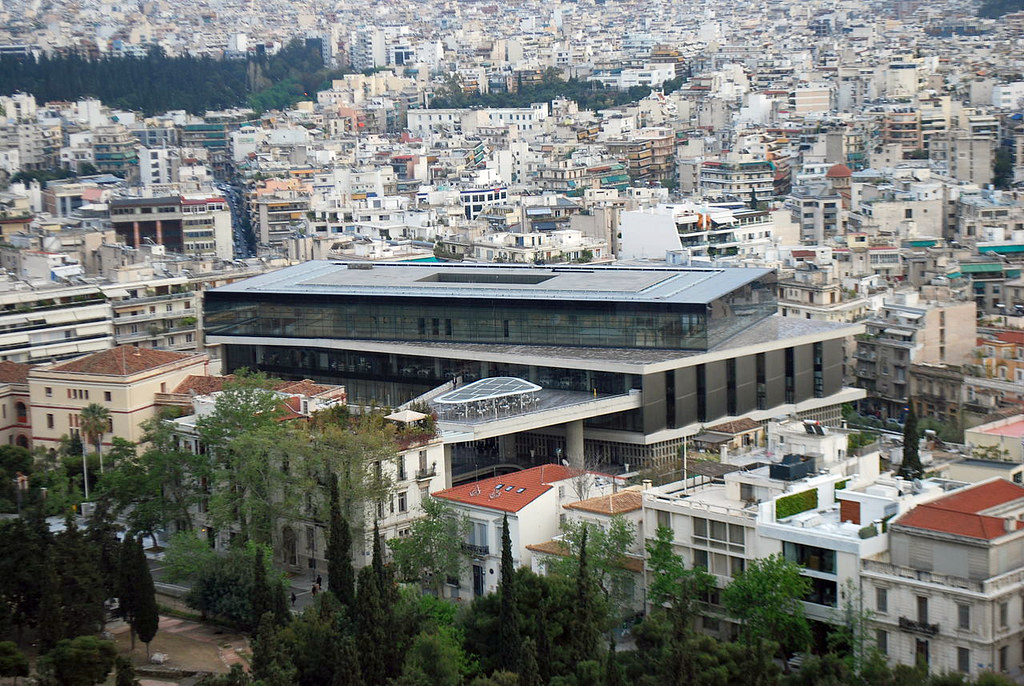 Extra tips:
• The program “A day at the Acropolis Museum” invites visitors to spend a day at the Museum enjoying a wide range of activities:
• The Museum invites families to look for the 12 different representations of the goddess Athena amongst the exhibits of the permanent collection.
• Look at the new virtual application acropolis-athena.gr
• Brief presentations by Museum Archaeologists-Hosts are held in Greek and English every Friday, Saturday and Sunday.
• Visitors can learn more about the Parthenon’s sculpted decoration from a video projected on the third floor.
• Have a meal or refreshment at the second floor restaurant that offers a panoramic view of Acropolis (children’s menu available).
• Every Friday the Museum is open until 10 pm and the restaurant is open between 8 pm and 12 midnight.

On the August Full Moon and European Night of Museums, the Acropolis Museum operates until 12 midnight.
Closed: 1 January, Easter Sunday, 1 May, 25 and 26 December