Had I been a man I might have explored the Poles or climbed Mount Everest, but as it was my spirit found outlet in the air. – Amy Johnson

The National Portrait Gallery’s new Spotlight display celebrates the achievements of Britain’s pioneering women aviators.
The early twentieth century saw women increasingly challenging traditional conventions and expectations of their roles in society. This developed alongside the emergence of machine-powered aeroplanes, which offered women a new means for expressing their independence by taking to the skies.

From the outset, British women played a prominent role in pushing the boundaries of aviation, showing courage, determination and skill as they faced the risks and physical demands associated with flying at the time. The 1930s were a particularly remarkable period for aviation. As technologies improved, the commercial aviation industry grew and flight records continued to be set and broken. 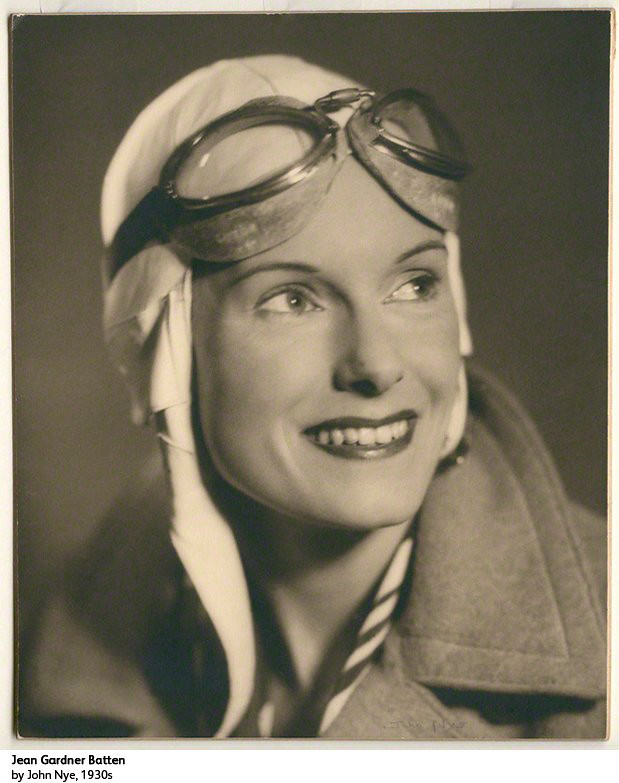 Yet, women’s opportunities in military and commercial aviation remained limited for much of the century and these sectors are still male-dominated today. In light of this adversity, the achievements of women aviators during the heyday of the 1930s are especially noteworthy and this display focuses on three of the most celebrated: Amy Johnson (1903-41), Jean Batten (1909-82) and Dame Mary Bailey (1890-1960).