Taiwanese-American artist Lee Mingwei is internationally recognised as one of the leading creators of art which invites audience participation. The National Gallery of Victoria, Australia, presents his acclaimed piece The Moving Garden 2009-present, an artwork that creates new, unexpected encounters in the city.

Lee’s artwork is highly participatory, and invites audiences into one-on-one interactions, such as bringing in an item to be mended by the artist in The Mending Project as well as more open-ended works such as The Moving Garden.

Lee says of the work:
‘In this project I present a space with beautiful, fresh flowers. Museum guests are invited to take one of these flowers with them when they leave the museum, if they will agree to do two things: first, to make a detour from their intended route when leaving the museum for their next destination; second, along this detour, to give the flower to a stranger who they feel would benefit from this unexpected act of generosity.’ 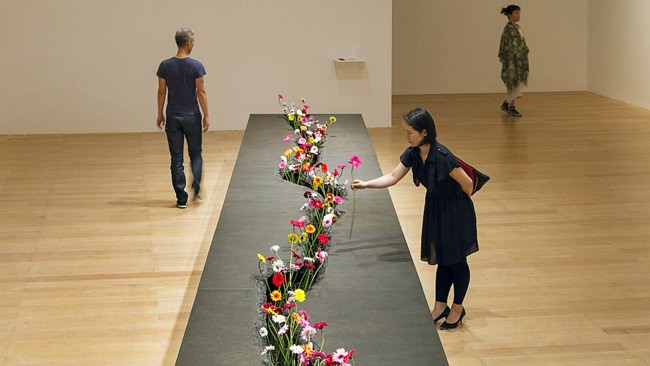 Lee received an MFA from Yale University in 1997, and has recently held solo exhibitions at The Metropolitan Museum of Art, Museum of Fine Arts, Boston, Taipei Fine Arts Museum, and Mori Art Museum.