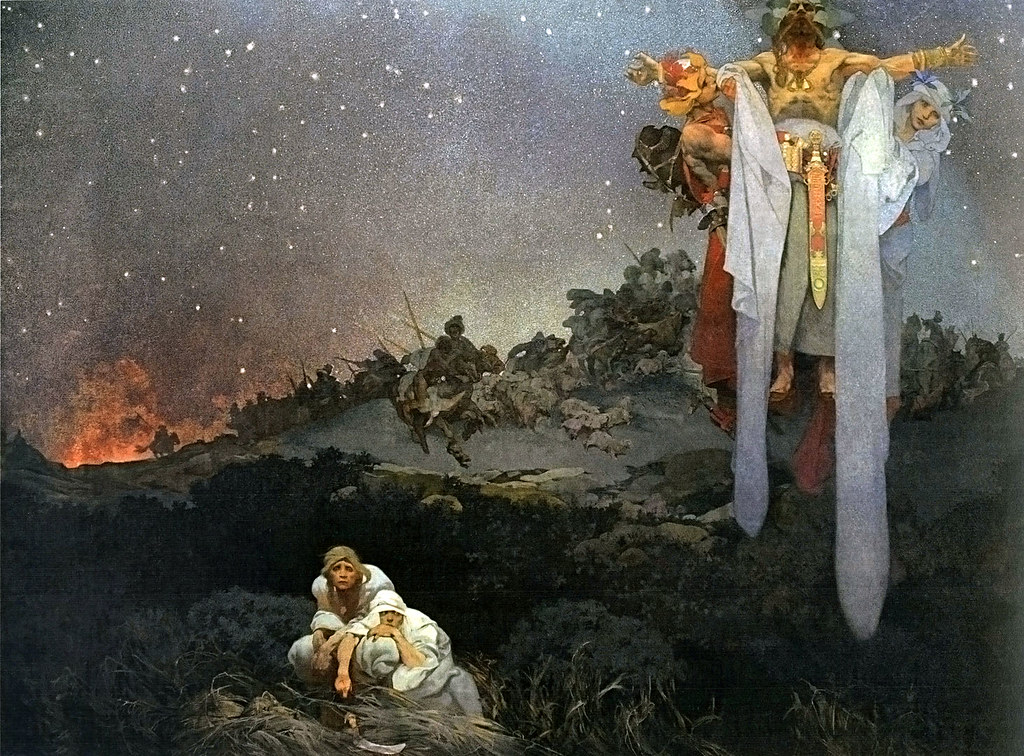 According to The Art Newspaper, a major legal battle looms over Alphonse Mucha’s monumental Slav Epic. The gigantic canvas cycle, which took the Czech-born Art Nouveau pioneer 18 years to complete, is due to go on a controversial tour to Asia, which has alarmed Mucha’s descendants and some conservators.

The Slav Epic depicts key events in the history of the Slavic people through 20 large paintings—some more than eight-metres tall. It is a rare work on canvas by Mucha (1860-1939) who is best known for his advertising posters and designs that became synonymous with Belle Epoque Paris. Mucha, along with Charles Crane, the US philanthropist who funded the work, presented the Slav Epic as a gift to the city of Prague in 1928, the tenth anniversary of Czechoslovakia’s independence. But the donation came with the condition that the city build a space for the cycle to be exhibited permanently. Almost 100 years on, a gallery has yet to be constructed.

Now, the city of Prague wants to send the Slav Epic to museums in Asia for a two-year tour, which could be extended to South Korea and the US—the first time all 20 works will be displayed together outside the Czech Republic.

To prevent them from leaving the country, John Mucha, the artist’s grandson and the president of the Mucha Foundation, filed a lawsuit against the city of Prague on 11 April. He argues that Prague, having failed to build the gallery, never became the full owner of the Slav Epic, and that the works should therefore be returned to Mucha’s heirs. The first court hearing is scheduled to take place on 18 January 2017. The Czech Republic’s ministry of culture is yet to issue an export permit for the Slav Epic, which is registered as a national treasure.